Skip to content
FREE SHIPPING ON ORDERS OF $100 OR MORE

The Grito de Dolores (better known as El Grito, the Cry for independence) celebrated every year on the night between September 15th and 16th is a Mexican holiday par excellence, it is the night when all citizens of Mexico celebrate their independence from the Spanish conquerors.

Since the arrival of Hernán Cortés in 1521 and the conquest of the area, what is now Mexico was called New Spain.

Influenced by the concepts established by French philosophers like Rousseau, Voltaire, and Montesquieu and the USA’s War of Independence, the Criollos (Spanish descendants born in America) who were treated as second-class subjects, decided to start an uprising.

At 5:00 am on September 16, 1810, the Priest Miguel Hidalgo, accompanied by several other co-conspirators, Ignacio Allende, Doña Josefina Ortiz de Domínguez, rang the bells of his small church in the town now called Dolores Hidalgo, calling everyone to fight for freedom, which is known as “El Grito de Dolores” (the announcement, or cry, of Dolores). One of the crucial moments in Mexican history.

It is celebrated every year at town squares (plaza or zócalo) of all major cities in the country. With two days of traditional Mexican fiesta y with fireworks, parades, games, speeches, all kinds of Mexican food and lots of fun for both locals and visitors.

September is the month of Mexico and streets are decorated across the country with paper flags (or plastic) and colorful garlands, which is locally called “papel picado”. On each corner, there are vendors with an eye-catching assortment of flags, balloons, hats, and pinwheels, in white, red, and green, the National colors. There are flags on the houses and all government buildings and town squares.

It all starts on the afternoon of September 15th, when mexicans start to gather on the square and surrounding streets, leaving almost no room to move, so they can witness and participate in the grito. The town mayor, whoever it is at the time, repeats, like a mantra, the same words that the priest Miguel Hidalgo y Costilla proclaimed over 200 years ago.

The last “VIVA” is chanted with great patriotism by all those present. the bell is rung and the flag is waved. Then everyone solemnly sings the national anthem and then the party starts!

The heavens are lit by a multitude of fireworks that brighten everyone present and fill them with pride, knowing that they now live in a free and independent country.

Celebrate with us! Receive a bag full of candy and a mini candle, with all your purchases over $75. Valid through September or while supplies last. 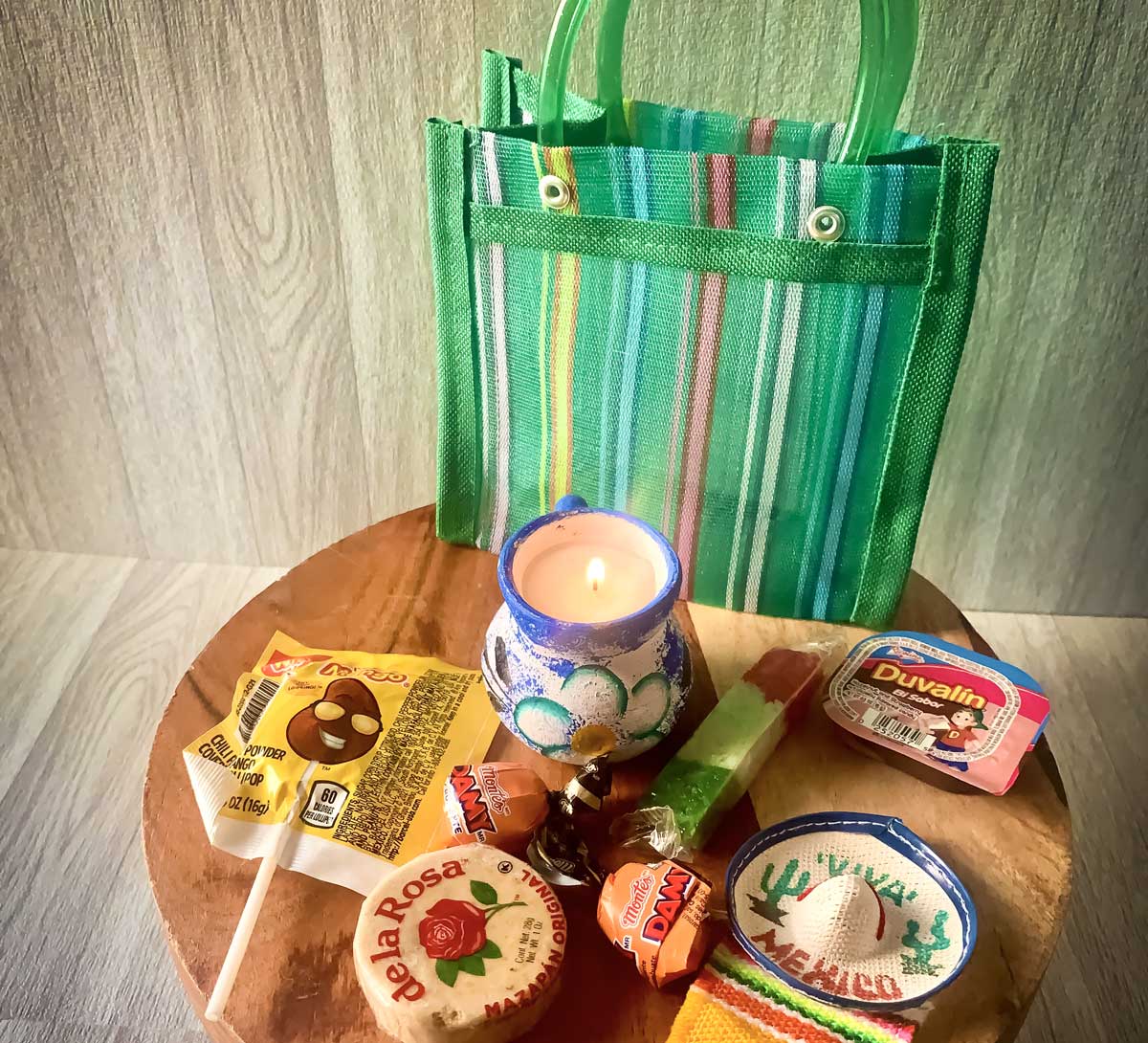 Benefits of Natural Body Butters for your Skin

Benefits of Eucalyptus in Aromatherapy

0
0
Your Cart
Your cart is empty
Continue Shopping
×